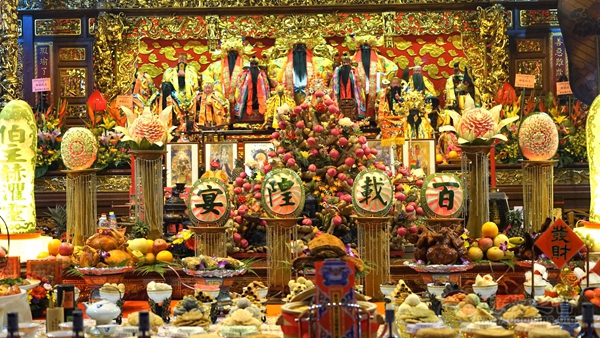 The Lorong Koo Chye Sheng Hong Temple is one of the oldest and most popular temples in Singapore. The parton deity of the temple is "Qing Xi Xian You Bo Zhu" (City God) who administers the eight counties of the Fujian province, and also both the mortal realm and netherworld. 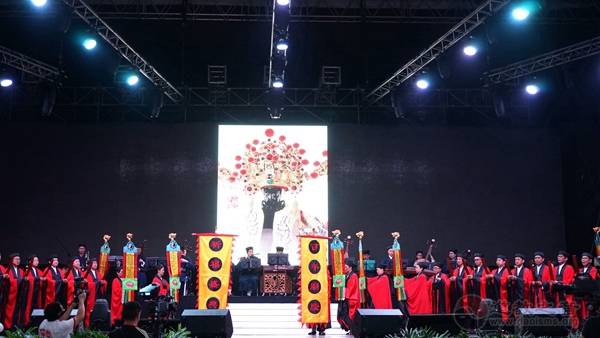 The Sheng Hong Temple celebrated the 100th Anniversary this September, thousands of guests were invited to the celebrations which included a welcome banquet, a religious procession, religious and cultural performances, and also the 100th Anniversary Celebration Dinner. Through the events, many people showed their gratitude to the City God, promoted the beliefs of the City God, and also built lasting relations with all guests. 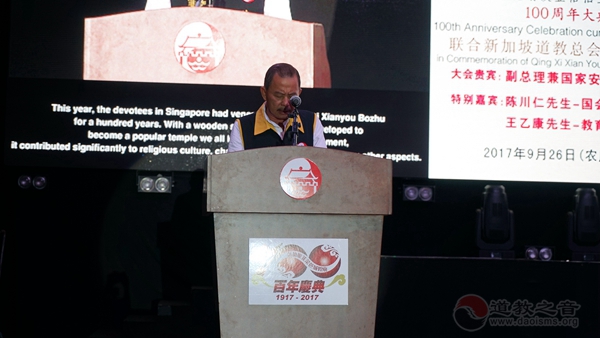 The chairman of the Lorong Koo Chye Sheng Hong Temple Association, the chairman of the 100th Anniversary Celebrations Organizing Commitee, Mr. Lim Chwee Kim PBM gave a Thank-you Speech to express the gratitude to the government, Taoist brothers and sisters from Singapore and abroad. 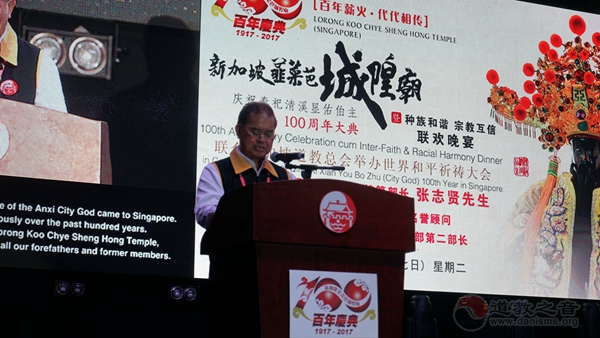 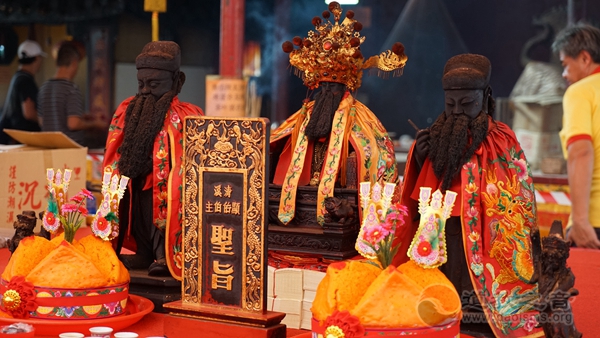 Qing Xi XIan You Bo zhu is the City God of Anxi County, which is in the municipal region of Quanzhou, the southern Fujian province in China. He is a well reverend, righteous and highly respected by the devotees for the past millennia. Emperor Duzong of Song(1240-1274) bestowed the posthumous title of "Qing Xi Xian You Bo Zhu" for the City God's protection and blessing over the above mentioned regions in 1272.

May the Tao live on indefinitely.

（The Voice of Daoism, live reports）